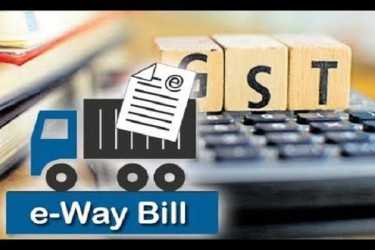 It has been almost two months since the inter state e-way bill for movement of goods was rolled out across the nation on the 1st of April, 2018. In parallel, it was decided that intra state e-way bill too shall be rolled out in a phased manner from April 15th, once the system had sufficiently stabilised, with roughly four to five states coming on board every week. Karnataka was the first to join the bandwagon, as it adopted the intra-state e-way bill system from 1st April itself. As of now, a total of 22 states have now gone live – Andhra Pradesh, Arunachal Pradesh, Bihar, Gujarat, Haryana, Himachal Pradesh, Jharkhand, Karnataka, Kerala, Madhya Pradesh, Meghalaya, Nagaland, Sikkim, Telengana, Tripura, Uttarakhand, Uttar Pradesh, Puducherry, Assam, Rajasthan – with Lakshwadeep and Chandigarh being the latest entrants, adopting the intrastate EWB on May 25th.

If official records are to be considered, the entire implementation of the system and the generation of inter-state e-way bills nationwide has been largely successful. Till the 13th of May, i.e. in a period of almost 45 days, more than 4.15 crore e-way bills have been successfully generated, which included more than 1 crore intra state e-way bills for movement of goods. The path thus looks smooth for rest of India to become part of the system as well – Maharashtra is looking to take the leap for intra-state e-way bill on May 31st and Punjab and Goa from June 1st. In any case, both interstate EWB as well as intra state e-way bills for movement of goods will become mandatory from June 3rd, 2018 – which implies that businesses across the country will need to factor in the same, while planning for their respective consignments.

Here’s listing 7 things you can keep in mind, as you prepare your business for the intra state e-way bill:

It can be safely said that with businesses adhering to these intra state e-way bill guidelines, and with the tax authorities working in tandem to ensure the right compliances for the inter state e-way bill, the nation-wide single e-way bill will soon be a successful reality. Coupled with the obvious advantages of robust technology that businesses will look to use, this will surely ensure seamless commerce across state borders, something which is bound to give both businesses as well as the government authorities a lot of relief in the time to come.