The state of the franchising industry? Strong as ever 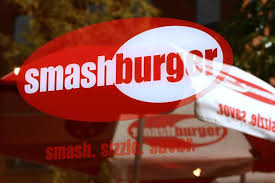 A spurt of first-time entrepreneurs is driving growth of franchise industry in India, which is pegged to touch around $150 billion in size in the next five years, according to a top official of Franchise India. With a lot of professionals, especially from IT background, choosing the franchise route to entrepreneurship in the last four to five years, the industry has witnessed a year-on-year growth of 30-35%, according to the firm which is an integrated franchise solution company.

As the Indian market continues to grow, 25% of all the brands in franchise mode is expected to be global as compared to about 13% at present. “Franchise industry in India is today estimated to be at $47-48 billion. This is growing at 30-35% year-on-year,” Franchise India chairman Gaurav Marya said.
India is already the second largest franchise market in the world after the US with about 4,600 operating franchises and 1.5 lakh franchisees, he added.

When asked about its prospects in the next five years, he said, “This industry would grow to at least about $140-150 billion.” While franchising has been there for the last 20 years, it is only in the last four to five years in which it has “seen a dramatic transition” because of change in franchise buyer profile, Marya said.

“Today, 35% of all franchise buyers are first timers in business. They have never done business before and so it is a gateway to entrepreneurship for them,” he said, adding that earlier franchising was mainly done by people who were already doing some business.

He further said there is a trend of professionals, mostly from IT and technology background especially in Chennai, Bengaluru and Pune, shifting from their jobs to enter franchise industry. “IT slowdown has actually helped the franchise industry in India,” Marya said.Another change that has been witnessed in the industry is the growth of ‘operator franchisees’.

When people would buy a franchise they put other people to run the business and did not get involved in day-to-day operations but now it is changing as people who have bought a franchise are directly involved in the running of the business, he said.

Also, helping the growth of franchising is the advent of financing in the industry with peer-to-peer lending and other modes of finance available.